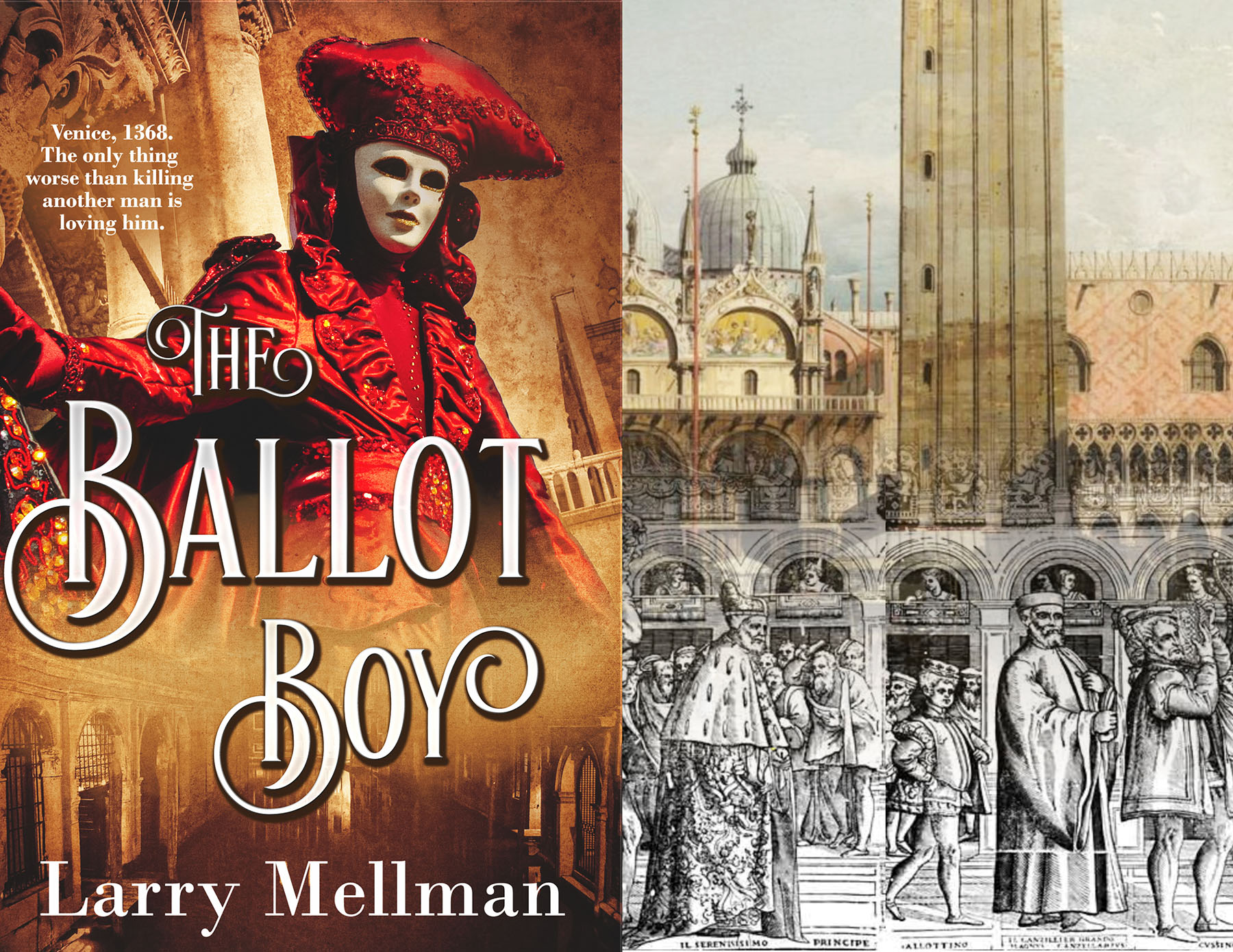 War hovers in the wings with the fate of the Republic at stake when the old doge dies. Fourteen-year-old Nico, a street urchin from the poorest Venetian parish, is chosen at random to tally votes in the upcoming election for a new leader. Uprooted from his old life and transplanted to the doge’s palace, Nico becomes an alienated outsider at the mercy of scheming nobles.

Andrea Contarini, sixtieth doge of Venice, wants the ducal throne less than Nico wants to be ballot boy. Both walk a golden tightrope over treachery and deceit. When he witnesses a court clerk burned at the stake for being gay, Nico despairs. His romantic attraction to men is as powerful as his fear of fiery death and an eternity in Hell.

Taking advantage of the fraught transition in the Doge’s Palace, the hostile duke of Austria pushes Trieste to rebel against Venetian domination, jeopardizing her mastery of the Adriatic Sea. The Venetian nobles split, trapping the doge between hawks rabid for war, and rich merchants desperate for peace. With his own life on the line, Andrea Contarini opts to attack decisively and end the crisis swiftly, but his gambit is sabotaged. Trusting only the boy at his side, Contarini sends Nico to Trieste to be his eyes and ears. As the Venetian commanders wrangle over tactics, Nico falls for Astolfo, the young, charismatic lord of Castle Moccò, an indispensable but unreliable ally.

Will Nico return to Venice a celebrated hero? Or will he be forever haunted, guilt-ridden, and still concealing his deepest secret?

Take a deep dive into the Ballot Boy's world